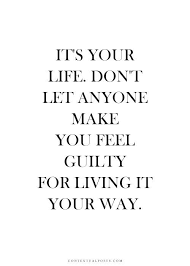 Hey guys, I’ve been doing A LOT of reflecting lately. I’m sure most of you know that by now 😉 I’ve rediscovered so much about myself and also made so much sense of the person I am today.

When I was younger I remember that everytime we were in the car with my family and there was a dead animal lying on the road my dad would warn my sisters beforehand not to point it out or even mention it. Because everytime they did I would be in tears and quite inconsolable. My sisters found it hilarious (horrible children) lol and they continued to wind me up. When I was a teenager my cat got hold of a mother rat who left a litter of babie’s behind. I took those rats in and made sure they were fed by hand with a little syringe. I wish I could say my efforts were successful. I buried those little babies in a shoebox beside the house. I also discovered a baby bird one time who had broken it’s leg and I managed to make a little splint out of a popsicle stick. The bird went to the SPCA and as far as I know, was just fine. The reason these memories came up for me is that I still sorta have that ‘broken bird’ syndrome. I’ve always felt like I’m supposed to be that girl that needs to fix people. I was always attracted to men who were ‘broken’ for lack of a better term. A man who treated me badly and was mentally and emotionally abusive, and I took the abuse, because as long as they were happy, I could sacrifice my own happiness. Until it got to the point when I realised that the relationship was toxic. And I needed to get out.

The cycle continued on to my next relationship. A man who had loved me for so many years that I felt like I owed it to him to be in love with him, and to make him happy. But then I wasn’t good enough for him because he had put me on a pedestal for so long that when he saw the woman I truly was and not the woman he wanted me to be he ran. This woman doesn’t believe in organised religion, I wasn’t a virgin (sorry Dad), I can swear like a sailor, I sport tattoos and I had dreams and ambitions that didn’t involve raising 10 plus children. I again was so blinded by love that I didn’t see the toxicity in that relationship either, I just wanted so badly to be the woman that made him happy. Again sacrificing my own happiness. These relationships definitely changed me. I refused to go back to that weak woman. I promised myself that my next relationship wouldn’t bring me down. I wouldn’t again be a false me to please a man or anyone for that matter.

When I met my husband, I saw someone who could finally be good for me. And he was…he is. I’d be lying right now if I said I have the perfect marriage. Let’s be honest, what marriage is? It’s hard work, and recently it’s been even harder work, so hard in fact that myself and Kyle had ‘the talk’. And it’s got nothing to do with Love. Because there’s plenty of that in this house. I wish I could put all the blame on Kyle….but I can’t. Mostly it’s been about my feelings and doubts and needs, And because he’s an extremely private person, I won’t divulge the nitty gritty details as to what our marriage has been going through. But I wanted out. Again, it wasn’t because I didn’t love him. That’s what made it so much harder. I was suffocating, I was trapped and I just wanted to run. I felt like my whole world was crashing down around me and there was nothing I could do….but you know what. There was something I could do. I could sit down and communicate my needs, with the man I promised to spend the rest of my life with. The father of my children. He didn’t like what I had to say, but he finally understood where I was coming from. My husband is a practical man, he’s smart, he’s a hard worker. As long as he can provide for his family he’s happy. This is were we clash. I’m the risk taker. I’m the adventurer, the ‘leave everything to the universe and the universe will take care of you’. My husband is the type of man that would stay in a job he didn’t particularly like, because it’s the ‘safe’ thing to do. And I absolutely respect him for that, but it also breaks my heart. Because life is for living, not just surviving. So as a team (and we are a good team) we’ve decided to take life by the horns and do the things that make us happy. We’re going to start living for today, and dreaming of a future that makes us all happy. Because let’s be honest…we might not see tomorrow. And I’m confident that if this marriage doesnt work out, at least we can say we tried, we’ll still be a team, we’ll still raise our children together and whatever life throws at us, we’ll roll with it. Because he is my best friend, Because we have enough love and respect for eachother to know that life has a funny way of making itself known, and it’s not always how we envision it. 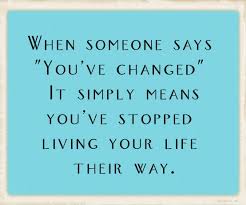 Every so often I find myself falling back in to my old ways. Always trying to please others. Except this time it’s different. This time I don’t let their fears and doubts affect me….too much. I help because it makes me happy. Because I care about whether people are living their dreams. Especially those close to me. And I will push them and try to inspire them in every way I can. When they give up on their dreams, it breaks my heart to the core. I firmly believe that no dream is ever worth giving up on. Regardless of how long it takes to achieve them. I truly believe that if you keep a positive attitude and live by the law of attraction, good things will keep coming your way.  Just this past week I’ve found that opportunities have been coming in left, right and centre because I’ve been actively sending out positive vibes. Everything happens for a reason, there are no coincidences and we have to take every experience and learn from it. Guys, live your life how you see fit. Don’t let ANYBODY stop you from doing that. EVER. Life is for LIVING. No regrets, NEVER regret anything you’ve done. You can only regret anything you didn’t do.

So on that note, I’m off to create some pie charms out of clay! Thanks for reading uys. Don’t forget to subscribe!! x 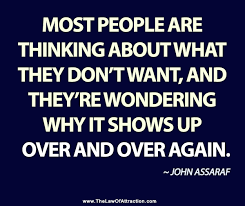 4 Replies to “Self Reflection, Marriage, and Living Your Dreams”

This website uses cookies to improve your experience while you navigate through the website. Out of these, the cookies that are categorized as necessary are stored on your browser as they are essential for the working of basic functionalities of the website. We also use third-party cookies that help us analyze and understand how you use this website. These cookies will be stored in your browser only with your consent. You also have the option to opt-out of these cookies. But opting out of some of these cookies may affect your browsing experience.
Necessary Always Enabled

Any cookies that may not be particularly necessary for the website to function and is used specifically to collect user personal data via analytics, ads, other embedded contents are termed as non-necessary cookies. It is mandatory to procure user consent prior to running these cookies on your website.